The state of cloud computing: 10 things you need to know

Cloud computing has grown from a novel concept to the go-to model for many organizations. Here's what you need to know about the cloud industry.

OpenStack is overkill for Docker

Today in our #nohacked campaign, we’ll be talking about two-factor authentication. Follow along with discussions on Twitter and Google+ using the #NoHacked tag. (Part 1, Part 2)

There was once a time when having a relatively strong password or answering a security question was a reasonable way to protect your online accounts. However, according to a study from Stop Badware, stolen credentials is a common way for hackers to compromise websites. Additionally, even reputable sites can fall victim to hacking, potentially exposing your personal data like passwords to attackers.

Windows 10 on the Raspberry Pi: What you need to know

Microsoft has released a version of Windows 10 for the credit card-sized machine. But just what can you do with it?

You refactor some code before doing a bug fix, you clean it up to better understand how it works, and leave the code in a better status than you found it, in purest boy-scout style :P.

Then you move methods to a new class in a new file. And later make some modifications to the moved methods. Easy, uh?

Well, Plastic SCM can now track the refactor and diff it correctly, because we have just implemented multi-file semantic diff or "analyze refactors": 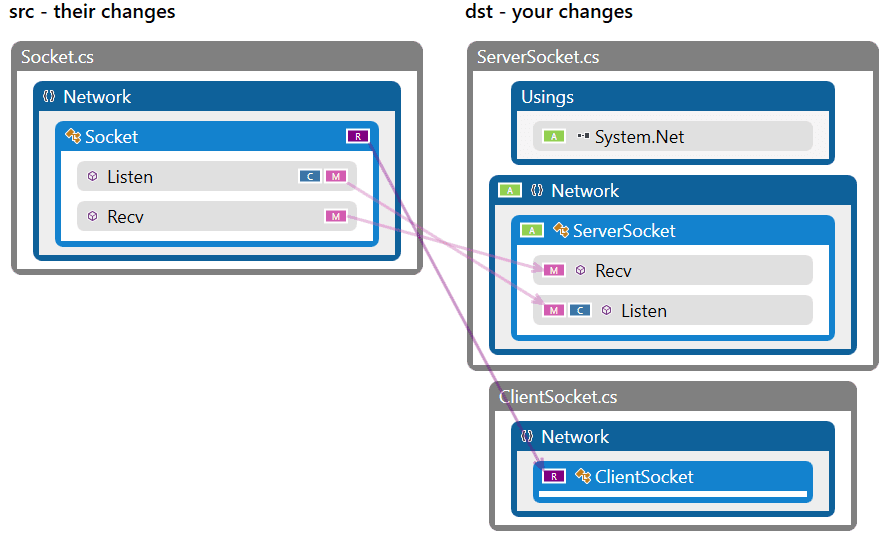 This is another step forward towards semantic version control as we explained about one month ago with our initial release.

The cloud is here to stay, and Jack Wallen still believes Linux is a bit behind the curve on the desktop side of things... even with the likes of Peppermint Six.

It all started with an email from Ola sent on the 11th of December 2014:

Pdf made up of pictures

I had to embed 50 pictures in a pdf file for print - don't ask me why. Dependencies (on Debian): apt-get install imagemagickapt-get install pdftk This is the Python script. It uses commands "montage" (from imagemagick) and pdftk: from subprocess import callimport os folder = 'pictures'images_per_page=4columns=2 print "Work in progress..." files = os.listdir(folder)files.sort()pages = [files[i:i+images_per_page] for i in […]

There are many ways to work with collections. We are following Microsoft Guidelines for Collections  plus some ideas that Kent Beck explains in Implementation Patterns. I've created a repository with code examples so that anyone can play with them. All the unit tests in the project are green except for two, which are red on purpose to […]

Can the Name Age Calculator guess how old you are?

Can you guess someone’s age when all you know is their first name? That was the crazy idea behind one of FiveThirtyEight’s articles last year, and their surprising answer is, “Yes.” The idea behind guessing someone’s age based on their…Read more ›

Publish your GPX with Mapbox

Following my learning about maps as a service, I’ve tried also Mapbox with the same very simple approach: share a GPX shown in a map, an in a nice way. After the little tutorial I’ll write some impressions comparing both … Continue reading →

Do your security homework before storing big data in the cloud

Here's what an IT leader needs to ask cloud service providers about storage, preparation, and analytics capabilities to ensure their organization's big data is secure.

One of my favorite pastimes is recreating and updating old New York Times graphics. It’s great practice decomposing graphs into reproducible elements, and I always learn a ton about good graphic design in the process. If you’re still learning data…Read more ›

Around the same time I was working on the Name Age Calculator, I developed a simple tool to visualize trends in American baby names. Ever inventive, I named this web app the U.S. Baby Name Explorer. The idea behind the…Read more ›

Before updating and restarting sshd on a remote host, make sure you do not rely on such keys for connecting to it. To enumerate DSA keys granting access to a given account, use:

If you have any, ensure you have alternative means of logging in, such as key pairs of a different type, or password authentication.

Finally, host keys of ssh-dss type being deprecated too, you might have to confirm a new fingerprint (for a host key of a different type) when connecting to a freshly updated server.

Last month, I wrote about my initial attempts to model and predict the usage patterns of Indego, Philadelphia’s new bike share system. To recap: If you’ve ever used a bike share before, you know that one of the biggest fears…Read more ›